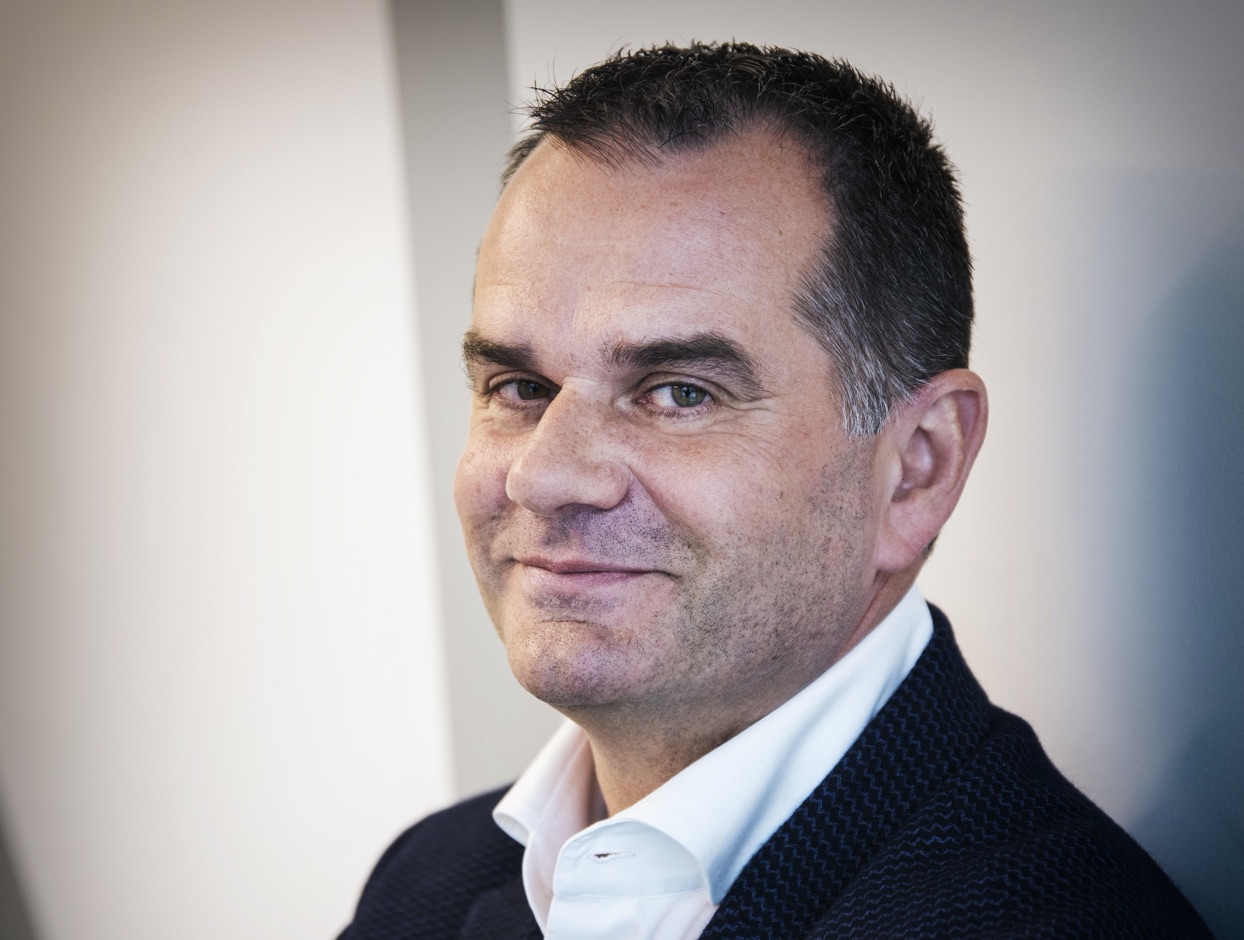 Our planet is in reset mode!
Who would have thought our lives would be impacted in such an extreme way at the turn of the year. Lockdown, social distancing, blijfinuwkot ... is on everyone’s (virtual) lips. The scientific community, unheard for so long, now fills our screens. We have ‘new’ all-time heroes. We are overwhelmed with opinions on every channel. Consumer reactions of all sorts: anger, fear, incomprehension, solidarity! Businesses talk about the new normal, digital acceleration, media paradoxes, remote working, five marketing lessons after COVID-19. The pandemic crisis was unavoidable and predicted, but still surprised many. Things happen for a reason. Our planet is recovering and proposes a reset button. Are we going to push that button?

Masks fall off!?
When crossing people today ‘from a distance’ we feel a mix of ‘fear’ and a longing for ‘interaction’. Humans are social animals. Social media is just a surrogate. Even if technology augments our interactions, it will never replace real life interplay. Same goes with physical stores in an area of forced Ecommerce. We forgot the value of these real life interaction, whilst running behind our personal wealth.  Now that we understand that our health is our wealth, the masks fall off. It is the instinct to survive that takes over. As a result the communication seems far more genuine. It seems like, strangely enough, the current situation makes us somewhere better ‘humans’.

Citizens decide, governments guide?
There is a tsunami of critics towards our politicians since the start of the Corona crises. We easily blame others, but don’t we forget to look in the mirror? We talk about citizen empowerment, but what have we done with it until now? Do we always act that responsible? Do we really care about people and planet? My belief is that politicians and governments need to take over when citizens act irresponsible. Corona proved that when a problem has an immediate and direct effect on ourselves, we are open for argumentations. Let us use this behavioural bias to create awareness to make people reflect on longer term issues. The responsibility we all have towards people and planet. Can’t we be more happy with less? Aren’t we now?

There is no place like home
We often take the US and China as examples in how the world should or could look like in the future. Europe is missing the third revolution and would be far too social, without a clear vision or strategy. It is true, I did not feel a very strong Europe during Corona... But we also saw the better side of Europe. Responsible citizens caring for one another, trying to make the best out of it. A resilience that to my opinion embodies an enormous strength. Or do we prefer the robotic obeyance we saw in China? The drama of the absence of a good social security system in the US? Corona makes no difference between race, sex, age, social status. Really? The gap between rich and poor has never been that obvious. Poor countries are one big ticking time bomb. People die in the streets.

Stop shortermism in politics!
We can criticise a lot on savings the government made. Healthcare and education are crucial in a developed country. People in the ‘soft sector’ are our heroes nowadays, especially when we need them. But will we as citizens still be ‘social thinking’ once we are ‘saved’? Are we willing to pay for the aftershock and help people in need of emotional or psychological help? Isn’t it “top of mind today, forgotten tomorrow?“ We forget the refugees crisis already! Don’t we find employment, innovation, safety, mobility also important? And isn’t todays political agenda driven by fear for of being trumped in the next election? Maybe we need to ban shortermism in politics to solve this opportunism!

Shop local, why should we?
Shop local! A great initiative supported by the local media. United they stand! Of course, cause who is going to pay the Corona bill?! But what stopped us doing so before? We like it cheap and easy. E-commerce activities of Belgian shops needed a real boost and probably some companies could have been much sharper in their strategy. But do they really fight a fair battle? A battle against big giants who pay no taxes, often are not very regulated, allowing working circumstances that are surreal, with products that are often not even ‘safe’. Some people think Europe is ‘overregulating’. Shouldn’t there be more regulations at a global scale, empowered by consumers. Can we stop the naïve worshipping of the new, without questioning the ethics!  We are in an  extreme case of survival. The acceleration of E-commerce activities of local Belgian companies is applauded by many. Apparently before the situation was not extreme enough to act accordingly? But who’s fault is that? How many shareholders of established companies are enthusiast by the idea of losing money, before earning it back? Isn’t the stock market selective and discriminatory? Whilst disruptors seem ‘overrated’, established companies are punished for investments that cause disruption. If we dare to talk about the new normal, it is the stock market that needs a new normal.

Conversion with a purpose
In crisis the real men are separated from the boys, so the saying goes. In Belgian politics the real ladies are separated from the men who love to play childish games. Also in business. Companies who have a clear purpose now communicate with ease. There will be a lasting impact on the marketing spend. A move to digital because of the Ecommerce shift. Probably mostly to push short term conversions. And what about the role of ‘legacy media’? Corona emphasised the importance of trusted sources and proximity media. Television proved itself once again being the invisible glue. Radio, people’s best friend. Hail to all the news reporters out there; the news media have never been more popular. But when all this is over, the local media will need to fight the battle of their existence, like the local shops. If they will win, will not only depend on their agility. It will be a consumer’s choice first and by extension a ‘business choice’ of advertisers and agencies. Will we embrace local anchoring in our media choices? Will the fiscal incentive push UBA is proposing, have a longer lasting attitudinal effect?

Best time to sharpen your vision
Today is the moment of truth for so many companies to sharpen their strategy and do ‘scenario planning’. The opportunity to become future proof. ‘The what if’ that no one dared to imagine fell down on us all. Most of us are not ready. The time for excuses is over. Companies who betted on one horse are now in trouble… They would have been for sure in the future. Let’s hope that all stakeholders seize this new opportunity of thinking about business differently. Sharp strategies, effectively executed should be the real focus. It requires great ‘inspirators’… a new breed of leaders that can form an army of real entrepreneurs with a plan and a mandate. People only go the extra mile when there is a clear belief based on an even clearer purpose that is shared. If not all stakeholders are aligned, exactly nothing will happen and politics will take over again. All will have been in vein. Until the next crisis will hit. A company specific one this time.

Remote working, what a joke
Since several years now there is a rise of  the ‘Chief Happiness Officer’. Apparently new job titles arise when companies ‘suck’ in certain areas. Too many burn outs, if not suicides forced companies to act. A wake up call to take care about people’s mental state of mind. Work-life balance became a number one priority. But pressure rose, more with less. Now remote working seems to be a ‘stayer’ and a ‘saver’. Good, because if offers flexibility, helps mobility. Bad, because without a clear strategy and a good coaching, remote working is going nowhere. Companies need to understand that if people are their biggest asset, they should take care of them. And because time is a scarce good, they should respect employees’ time. How many inefficient meetings did we attend in our life? How many times we were wondering if we were doing the right things? Remote working is a false discussion. It is a means to an objective. Remote working brings more stress. Isolation weights heavily. Lines get more blurred in the absence of ‘house’ rules. Will we soon see the birth of the Chief Remote Officer?

Pray for the unbelievers
Corona like any crisis will have long lasting effects and can accelerate certain movements. Some things we observe now are just situation specific and will disappear as they came. Some will have worked on our (sub)conscience and will maybe make us reflect on the bad directions in the past. But for how long? Opportunism is there to stay. Business will need to move forward. People might forget... but hopefully not all lessons Corona taught us. Let’s see within one year what we as citizens, consumers and most of all as humans really learned. Will the masks really have fallen of? Will we have made very different political choices? Will we all work more ‘remotely’? Will we have built a more alternative economy? Will we embrace and respect our planet? Will we be happy with less?